Sunflowers in the market, Krakow 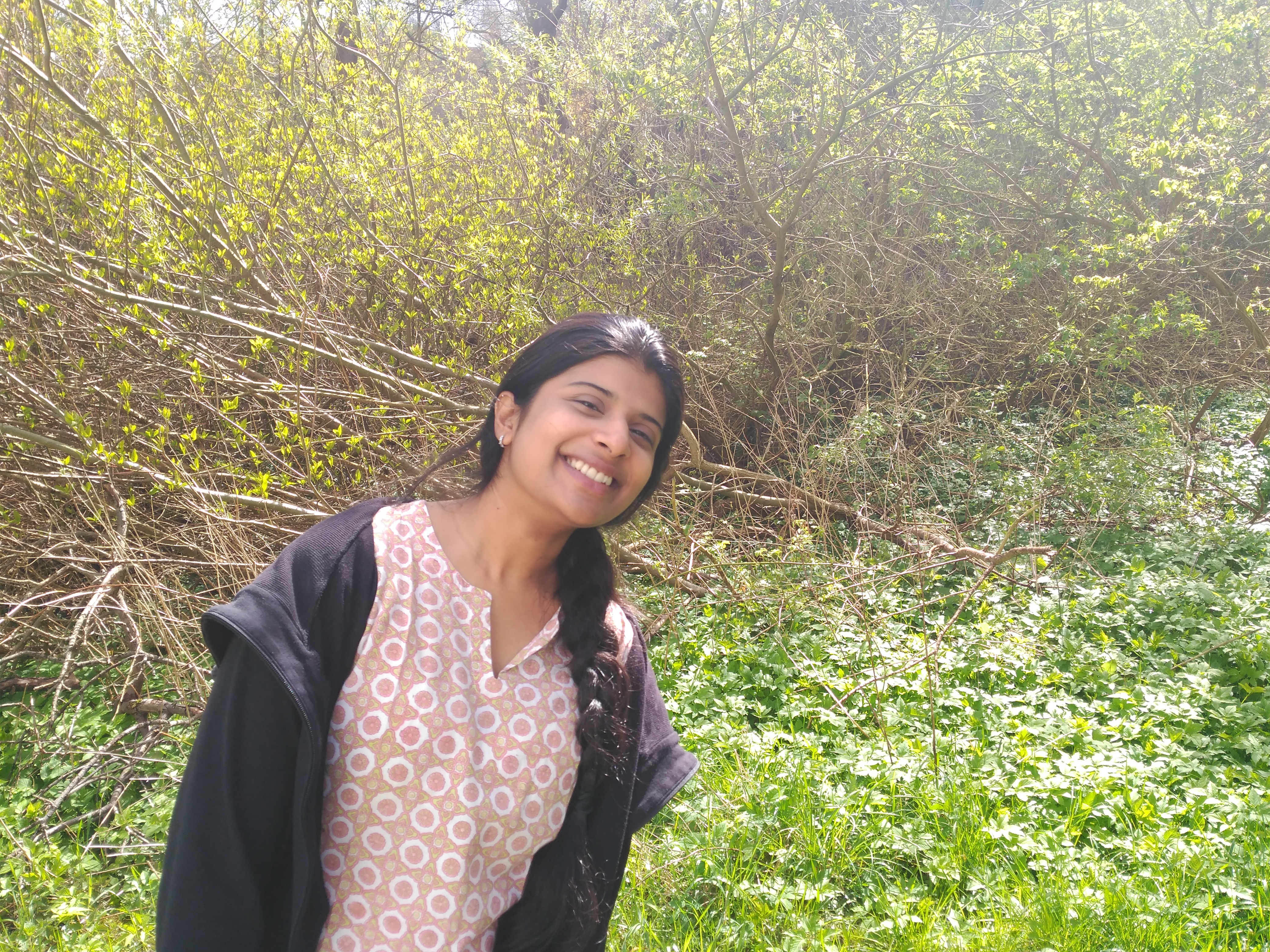 I was born in Chennai, India. I did my BSc in Physics from Delhi University. I later joined an Erasmus Mundus programme through which I graduated from Ghent University, Belgium with an MSc in Nuclear Fusion and Engineering Physics. While doing my numerical projects related to computational physics, and out of curiosity, I read about nonlinear dynamics, evolutionary dynamics, game theory and so on that are used in theoretical biology. This way, I was attracted to the field of evolutionary biology. I am mainly interested in developing models for social evolution, life-history evolution etc. I earned my PhD in Dr. Chaitanya S. Gokhale’s Research Group for Theoretical Models in Eco-Evolutionary dynamics. Currently I am working on two projects, namely, investigating the relationship between parental investment and immune response, and investigating clutch-splitting strategy in fish.

Interactions are at the center of evolutionary processes. One of the tools to study interactions between biological entities is that of evolutionary game theory. In reality, it is clear that individuals engage in a number of interactions (or games) and the fitness is a cumulative function of these multiple interactions. My work is based on such multiple interactions. The impact of the multiple games (or interactions) on the fitness and in turn on the evolutionary dynamics is thus unfocused as several players play several games during the same instant. Currently, I also working on life-history evolution. Data from several species species with varying levels of female or male pregnancy, show that increase in parental investment brings a rise in immunocompetence i.e. the sex that does more parental investment/pregnancy has better immunity as compared to the other. Developing theoretical models informed by experimental data, we seek to understand in what circumstances can an increase in parental investment also lead to a rise in immunocompetence.